The New York State Training School for Girls was open from 1904 to 1975 in the historic old river town of Hudson, New York. Today known as Hudson Correctional Facility (HCF), a medium-secure state prison for men, the prison originally opened in 1887 as the House of Refuge for Women, the first reformatory for women in New York and the only prison for state-sentenced women at that time. It housed young women ages 15 to 30 sentenced to five-year indeterminate terms (shortened in 1899 to three years) for petit larceny, “habitual drunkenness,” being “common prostitutes,” and frequenting “disorderly houses.” In 1904, the House of Refuge for Women closed and was transformed into The New York State Training School for Girls (1904-1975), where famed jazz singer Ella Fitzgerald and lesser-known girls ages 12 – 16 found to be delinquent by the courts were sent to be protected and controlled.

The Hudson prison has, since the 1800s, affected thousands of lives and influenced the course of local, state, and national events. It holds significant meaning for contemporary debates about penal reform, child welfare; juvenile justice; the role that race, gender, income, and immigrant status play in determining what is a crime and what kind of punishment is appropriate; the role of architecture and design in rehabilitation; and the dependence of rural and small-town economies on prison jobs. During its 70 year existence, the New York State Training School for Girls was a site for new ideas in social work, psychological assessment, and sociological research. In the late 1930s and 1940s, psychologists J. L. Moreno and Helen Jennings established a new school of psychological inquiry (sociometry) at Hudson. In the late 1950s, the sociologist Rose Giallambardo conducted a groundbreaking 10-month field study of social organization among girls and staff members. The Training School also came under scrutiny for penal practices, including solitary confinement, judged to be harsh by standards of the day.

We are continuing to research its history and relevant issues in juvenile justice and social services in local and state archives; we’ve discovered hundreds of fascinating old photos and maps, archival films, newspaper clippings, articles, and books, and this research will be incorporated into the Incorrigibles web platform that will be designed to foster continued collaborative archival research.

Working with and supporting local historians, artists, writers, and community volunteers to interpret the history and reimagine juvenile justice for girls through community conversations, exhibits, installations, and community-based art practice, Incorrigibles will bring the history alive, connect the stories from the past to contemporary challenges, and give voice to people whose opinions and aspirations might go unheard through more traditional public engagement and planning forums.

We have studied various texts (books, essays, reports, etc.) in our research and have begun to compile synopses of them here for your reference: 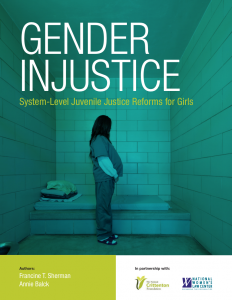 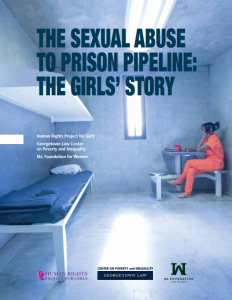 The Sexual Abuse to Prison Pipeline: The Girls’ Story